A space pod is a single-person vehicle that can fly through space, as though it were powered by a jetpack.

To build a pod, you may need the following, uranium and plasma only required if a second space pod is being built: 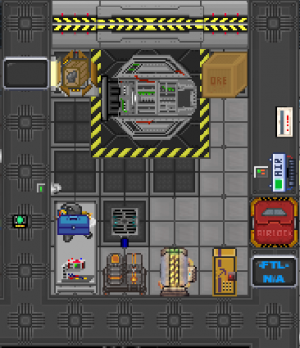 Your space pod frames should be oriented in this fashion. Map shown is Aetherwhisp

Oh god how do I get out of here

You first have to open the blast doors locking the pod within its hangar. Once open, just go full speed out into the vast emptiness of space after your pod is finished.

Space pods are similar to mecha, in that they use energy to power the craft.